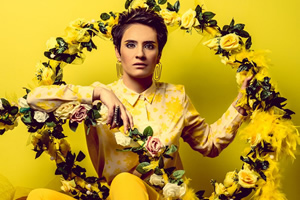 Wit and Wisdom: The Comics of Standon Calling 2019

Standon Calling is coming, so we've raided the British Comedy Guide archives and plucked some pearls of wisdom from this year's comedy line-up. 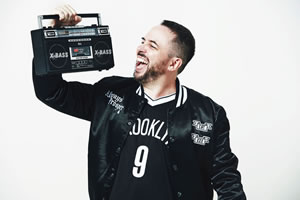 How did Kanye West, lazy DJs and a necklace inspire Abandoman's new direction?

Freestyle hip-hop duo Abandoman are just about the most roof-raising, impossible-to-follow stand-up act you've ever seen. But are they caught between stools? Or other, more sinister furniture? (Warning, may contain geeky music references)

'It's a scary time for stand-up comedians'

Suzi Ruffell, Abandoman and Jayde Adams on the problems in the live comedy scene.

Comedy is due to return to Hyde Park Winter Wonderland for a second year.

A new improv comedy festival is coming to Edinburgh

Abandoman and Spontaneous Potter will help to launch this four-day festival.

Abandoman talks us through creating the show, what audiences can expect to see - and offer! - along with some advice to creatives wanting to find their own voice.

Improvised musical comedy at its most raucous and inspired.

Having built a loyal following for his alter-ego Abandoman, [pRob Broderick's challenge has become keeping his unique brand of improvised rap comedy fresh. His skill at crafting witty rhymes off the cuff remains as impressive as ever, and the Irishman retains a garrulous charm that makes him easy to warm to. Yet after existing in a niche of essentially one for almost a decade, for returning audiences he no longer enjoys the degree of novelty he once did.

12 of the best Fringe comedians to see on tour

Music takes a funny turn at this year's Fringe

Edinburgh's Fringe has long been a platform for musicians who have morphed into comedians. We look at a few appearing this year.