Hosted by comedian and Moone Boy star O'Kane and featuring rap-comedy improviser Abandoman, aka Rob Broderick, as its house band, recording wrapped on Monday at the Olympia Theatre in Dublin on the Sky Max series, which will air next month.

Recording had been set to take place at the Olympia in April and May last year, with acts lined up also including Bill Bailey, Tommy Tiernan and Kerry Godliman. But filming was postponed because of coronavirus.

O'Kane, who portrayed Debra Moone in the Sky One sitcom Moone Boy, mother of the main character, schoolboy Martin Moone, also starred in Owen O'Neill's Irish border comedy The Fitz, which aired on BBC Two in 2000 and more recently played Bridget's mother in the RTÉ2 sitcom Bridget & Eamon, which aired on Gold in the UK.

The Edinburgh Fringe mainstay has also previously hosted the stand-up and sketch showcase The Lounge on flagship Irish channel RTÉ in 2000.

"I'm overjoyed that Sky has enabled us to showcase such an incredible assembly of comedic talent, from well-known Irish and international names to exciting emerging acts" O'Kane told The Irish Sun.

"Our industry has gone through a very difficult time over the past 18-months, but this series is going to recognise Irish stand-up talent and support the entire comedy scene through Sky's backing."

JD Buckley, CEO of Sky Ireland, added: "This series has been in the pipeline for some time now and we are delighted to be up and running, after what has been a very turbulent time for the arts sector.

"Deirdre is an outstanding talent and we're very excited to be working with her and the top-class list of comedians lined up for the show." 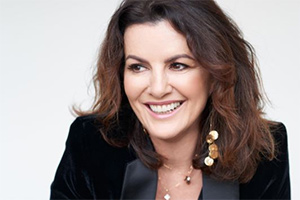