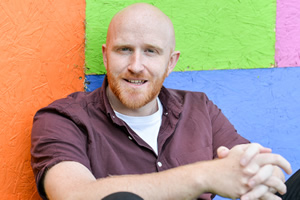 Janey Godley, Jim Smith and Larry Dean are amongst the nominees for the Scottish Comedy Awards 2020.

A judging panel of comedians appearing at this year's Edinburgh Fringe, including Fern Brady, Mark Nelson, Janey Godley and Ray Bradshaw has revealed @marcsimps0n as the winner of Scotland's funniest tweet.

8 white dues worth seeing at the 2019 Fringe

Anyone who has ever read a listicle in Chortle will have a decent impression of how white and male comedy is as an industry. It can be difficult, when faced with such overwhelming hegemony, to tell which shows are going to be brilliant compared to the ones that are just someone complaining about living life on easy mode.

BWW reviewer Natalie O'Donoghue has narrowed down her top ten picks in the comedy section of the programme.

Ray Bradshaw on comedy for both deaf & hearing audience

Ray Bradshaw introduces a new aspect to stand-up comedy with his show Deaf Comedy Fam. The two-time Scottish Comedian of the Year finalist tells his stories using both English and British Sign Language.