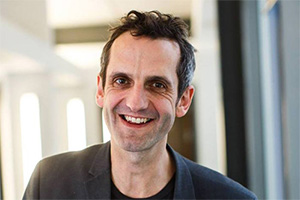 1979 and all that: Back to the future for comedy after coronovirus?

Oliver Double, the author of Alternative Comedy: 1979 And The Reinvention Of British Stand-Up, gives his thoughts on whether the club circuit will bounce back from lockdown, if live comedy is art, and whether alternative comedians were only ever preaching to the converted.

Egalitarian views, a change in the expectations placed on today's comedy audiences, and Alexei Sayle sharing a cupboard with Jeremy Corbyn - lots was discussed on the first day of the Alternative Comedy Now conference at the University of Kent.

When I saw that Oliver Double's new book about Alternative Comedy was £75 I assumed it was a massive doorstep tome that the post person would never be able to carry. So I was surprised when (than you Bloomsbury Press Office) a relatively thin 200-ish page hardback dropped through my letterbox.

This fascinating, well-written and meticulously researched guide to Britain's alternative comedy revolution is probably the most accurate single retrospective of that transformative time that exists. The only problem is, it has been released as an academic title with a price tag that will put this comprehensive history out of the reach of all but the most deep-pocketed of interested fans. It costs - and this is not a misprint - £75. So much for the egalitarianism of the movement.

Alexei Sayle on the birth of alternative comedy

Forty years after the Comedy Store opened and the alternative comedy boom started, pioneer Alexei Sayle sat down at the Alternative Comedy Now conference to discuss his role in the groundbreaking movement with event co-organiser Oliver Double of the University Of Kent. Here's what he said about those early days....

In the first of a series of articles to celebrate the Edinburgh Festival Fringe's 70th anniversary, we look back at the remarkable rise of stand-up comedy and how it came to dominate the once theatre-heavy programme.

She always came across as reasonable and down-to-earth, but Linda Smith articulated her anger at injustices with vitriolic precision.

The Story Of Music Hall With Michael Grade review:

The first of the three programmes is The Story of Music Hall, which explores the history of music hall, presented by Michael Grade - something he has an interest in as his Uncle Lou had a music hall act, which consisted of dancing the Charleston on a table.

This documentary was a mixed bag. There were several nuggets about how the music hall led to the creation of modern comedy. The early comedians were comic songsters. Strange to think that the most traditional comedians in this sense today come in the form of performers like Bill Bailey and The Mighty Boosh.

Also it's interesting to know that music hall acts still had the same concerns about class as later generations had, and some might say still have. The acts were also sometimes political, although they had very little impact as not many people who attended music hall could vote. My particular favourite piece of information was that the vast majority of music hall entertainers and audiences were conservative. Considering that now just about every comedian tries to be left-wing and avoids anything that is remotely Tory, it's a big change to the way things were.

However, much of this programme was also quite dull. Rather than concentrating on the performers the programme was often looking at agents or the businessmen running things. Grade doesn't come across as a great TV presenter, either. Not that he was the worst person on it. That dishonourable title goes to Dr. Oliver Double, who is a professor of stand-up comedy. How much money would you pay to avoid someone with a title like that?