Published by Ebury Spotlight, Penguin Random House's new entertainment imprint whose forthcoming titles includes Alex Horne's Bring Me The Head Of The Taskmaster and Mo Gilligan's memoir That Moment When..., All Puns Blazing will be available to buy from 4th November. 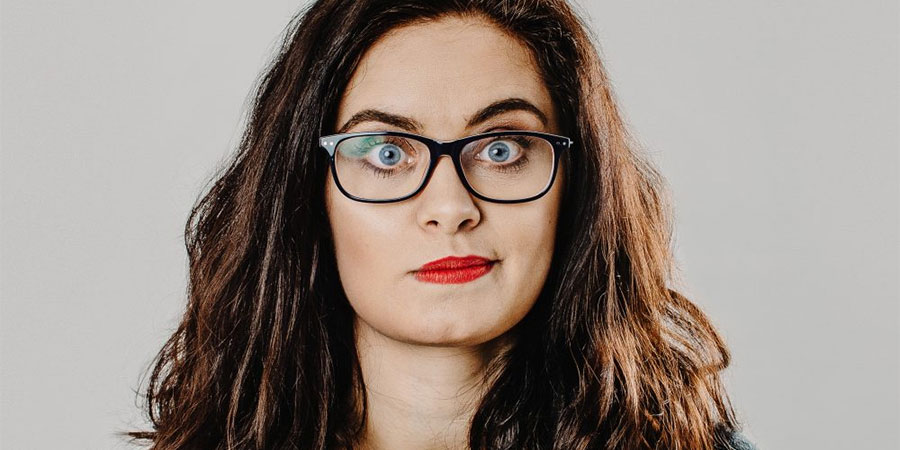 "I was thrilled to be asked to donate some jokes to help support Leicester Comedy Festival" said Cliff (pictured). "It's a wonderful festival that really supports the UK comedy scene each February. I love puns, they're a joyful and silly escape from reality. Having so many pun champions and rising stars all together make this collection a pun of a kind."

The book includes a foreword from Dr Oliver Double of the British Stand-Up Comedy Archive at the University of Kent, while the "knockout" jokes in the title refers to the Pun Championships being a rap battle-style contest that traditionally takes place in a boxing ring.

Due to the coronavirus pandemic, this year's Leicester Comedy Festival took place online and the ninth Pun Championship will now happen next year. Eyre, Frizzle, MacDonald, Norton Walker, Pulsford, Thomas, Woolford and Younis will battle for the title. 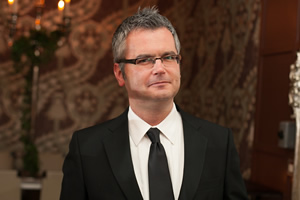 "I'm absolutely thrilled to be able to bring together so many brilliant, groan-inducing puns in one place, kindly donated by some of our comedian friends" said Rowe. "This book will help support Leicester Comedy Festival so I'm really grateful to all the acts who have allowed us to use their jokes and help us continue to celebrate British comedy."

Claire Collins, editor for Penguin Random House, added: "Geoff and the team at Leicester Comedy Festival have really made a huge success of the annual UK Pun Championships and #UKPunDay with thousands of people taking part in the annual celebration of puns and jokes. We are delighted to be publishing this book in support of the festival."

The book is available to pre-order now. Penguin.co.uk page

Leicester Comedy Festival will return on 2nd February 2022. Details are available at: comedy-festival.co.uk

From Geoff Rowe and the Leicester Comedy Festival comes this brilliant tribute to that most British of jokes, the humble pun.

Including a foreword from Dr Oliver Double and a wealth of hilarious (and occasionally groan-inducing) material from some of Britain's finest stand-up comedic talent, All Puns Blazing is a fun and fitting celebration of grassroots UK comedy.