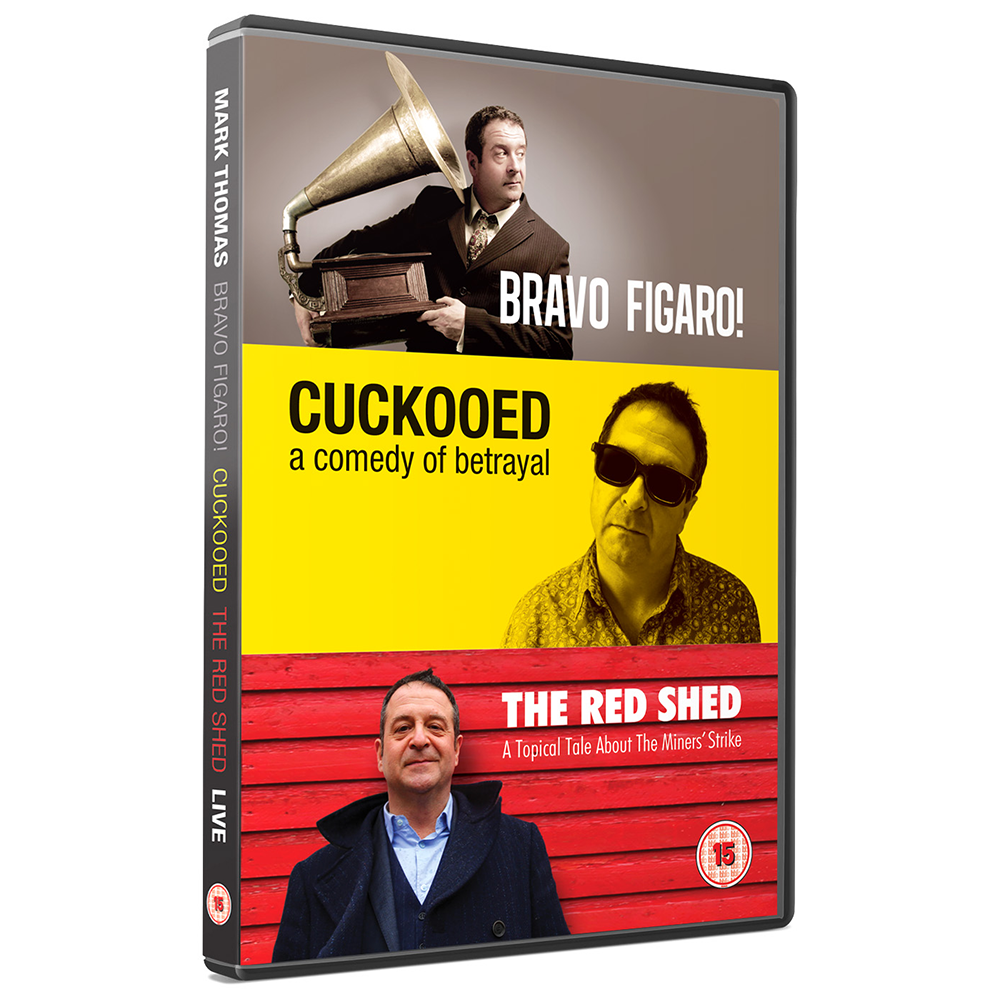 Bravo Figaro
As a teenager working on his dad's building site, Mark used to cringe when he blasted opera out to the workers. Now he's written a show about him - in all his grumpy glory. "In the performance I say this is not a show about love, well it turns out I was wrong."

Cuckooed
A comedy of betrayal. The true story of how Mark discovered his close friend was spying on him for Britain's biggest arms dealer. A tale of hubris, friendship, loss and undercover deceit told by an award-winning comedian.

The Red Shed (A Topical Tale About The Miners' Strike)
The Red Shed is a 47 foot long, wooden, red, Socialist shed in Wakefield where Mark first started to perform in public and where he politically came of age as a student involved in the miners' strike. The battle of politics is remembering over forgetting.