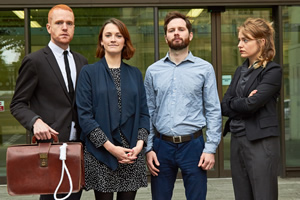 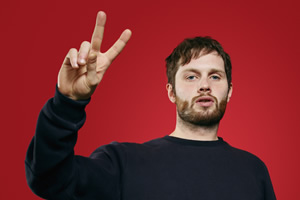 Liam Williams talks about returning to Radio 4 to recount his university years, in Series 2 of Ladhood.

Liam Williams is the budding bard of this year's Latitude Festival, putting on Twelfth Night and his own first play, Travesty. But can you do a fest with smashed-up feet?

Review: Why you should be catching up with Pls Like

Written by and starring comedian Liam Williams, BBC Three's underrated, brilliantly observed mockumentary Pls Like is now on its third series of lampooning the sort of online culture that's baffling to anyone older than Gen Z.

This first episode from series 3 is a return to form though and the show at its funniest, possibly because they've changed the character of Liam back to how he was in the first batch of episodes.

Nearly as annoying as the hipster-Instagrammers it sets out to skewer.

Pls Like is to launch a third series next weekend. The social media mockumentary's latest batch of episodes have been directed by The Inbetweeners star Simon Bird.

Liam Williams: 'I like saying poem to rhyme with home'

The comedian, actor, and writer on the things that make him laugh the most.