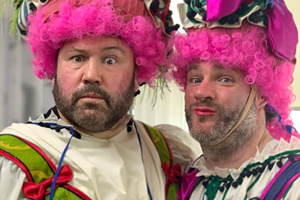 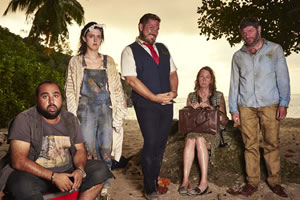 The cast of High & Dry talk about the pros and cons of filming in the Seychelles. Oh, and is the place haunted?

Just after he appeared in The IT Crowd but before he started appearing in TV's What We Do In The Shadows, Matt Berry played jobbing actor Stephen Toast in this enjoyably zany Channel 4 sitcom written by Father Ted co-creator, Arthur Mathews and Berry himself.

The latest, desert island-set sitcom from Marc Wootton features characters who are as irritating as sand in your swimming costume - but therein lie the laughs. In this episode, survivors Harriet (Vicki Pepperdine) and Douglas (Harry Peacock) find a dinghy, but their plan of escape soon goes awry.

If you were to think of the worst person to be stuck on a desert island with, Marc Wootton's latest grotesque would be hart to beat.

Channel 4 is presumably pretty pleased with new sitcom High & Dry. It was originally due to air on E4 but has had an upgrade and now goes out on C4. Is their confidence justified? It is probably down to how much you can bear obnoxious characters.

E4 has ordered High & Dry, a sitcom series from Marc Wootton about a group of plane crash survivors trying to live on a tropical island.