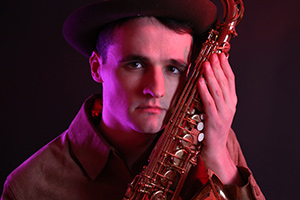 The Musical Comedy Awards 2020 final is due to take place on Saturday 12th June. Here's a rundown of the acts due to take part, and details of how to watch the live stream.

Shelf comprises of Rachel WD and Ruby Clyde: two lifelong friends who have been performing musical comedy together in the guise of Shelf since 2015. As well as being talented musicians and comedians, the duo are founders of The LOL Word, a monthly night "which showcases queer women and non-binary comedians from across the London comedy circuit".

Battersea Arts Centre has announced a season of comedy this September, welcoming back audiences to the iconic London building, with every ticket offered as part of the new Pay What You Can pricing model.

As we stagger back towards post-pandemic normality it was good to see the Musical Comedy Awards Final return to the Bloomsbury Theatre.

We caught up with Musical Comedy Awards producer legend Ed Chappel to talk through the acts who will be live on the biggest night of the year for tuneful comedians.

"I want people to find something they can relate to, whatever their identity is."

Joining the 2019 Funny Women Awards finalists from our super strong semi-final at Komedia in Brighton are comedy double act Shelf!

As podcast ideas go, it was a cracker. Make a six-part show about Black Mirror and release the entire series for fans to binge on as an accompaniment to the show's fourth season on Netflix. That was the genesis of Black Mirror Cracked, the brainchild of Trinity Mirror's editorial trainer Suchandrika Chakrabarti. She also championed the idea of "mojo" thinking, which leverages relatively inexpensive and accessible tools to create compelling content.