Dapper Laughs is back! Britain's most popular internet comedy sensation is back and causing more trouble than ever.

Despite continued vilification by the media, his profile and fan-base have continued to grow and now he's back, nothing is going to bring this star down! Dapper Laughs Live: The Res-Erection is the sold out, stand-up live show and the official come-back event!

Join Dapper Laughs as he sets the record straight and delivers exceptional love advice, sharing his own success stories (and dating disasters!), all while revealing hilarious insights into the important pillars that keep him standing - life, love and family.

Controversial comedian Dapper Laughs, aka Daniel O'Reilly, is to release his own live stand-up DVD later this year. 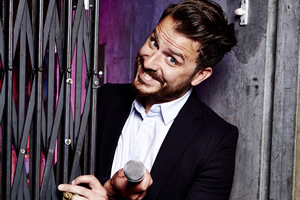 We talk to Daniel O'Reilly, best known for his controversial comedy persona Dapper Laughs, about the storm that surrounded him in 2014 and his first live DVD release, The Res-Erection.