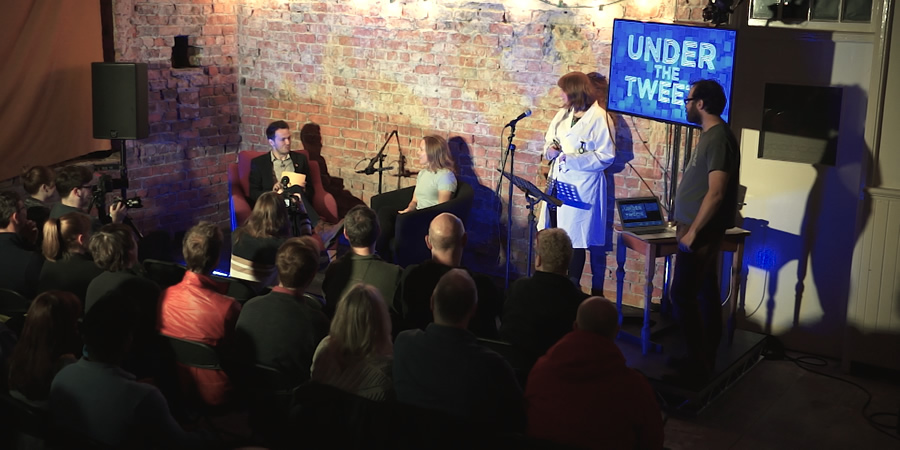 A comedy show looking at how comedians use Twitter

Under The Tweets is a online chat show, hosted by Stuart Laws, that looks to get under the skin of some of the country's most prominent Tweeters, and under the hood of their most viral tweets.

Henry Widdicombe looks at the stats behind each tweet, whilst Kath Hughes, AKA Doc Viral, offers sage advice on how the tweet could have been improved.

The idea for the show came about whilst Laws and Widdicombe were filming Stand Up At BBC Wales last September, when one of them joked that their tweets would one day be pored over in the same way classic literature is. "The joke kind of got out of hand" said Widdicombe, "because we were acting as creators, producers, and commissioners it was a very smooth process getting it filmed at the Machynlleth Comedy Festival". Laws added "as someone who can't stop going viral on Twitter I've been desperate to watch an interesting, funny chat show about tweets for years so, as a fan, I'm glad that the show now exists".