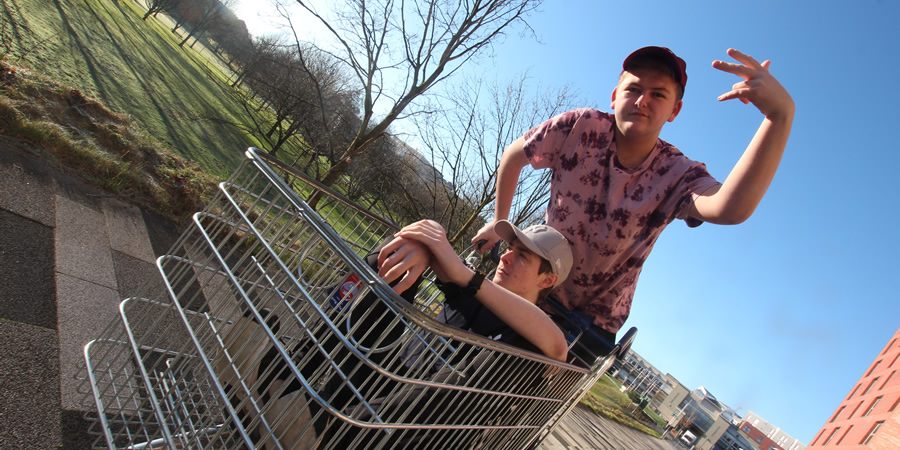 A comedy sketch show starring students from the University of Salford

Point Blank is a comedy sketch show created by James Ormrod. It stars his fellow classmates and students from the University of Salford.

The show's comedy ranges from awkward, to abstract & absurd, satirical & cynical, through to comic horror and even occasionally slapstick.

The creator explains: "Through a range of characters and small abrupt scenarios, Point Blank's modern and young approach to comedy, has already seen it greatly commended by fellow peers. The show itself, although created by students, already has a professional feel about it - especially regarding the production aspects, and targets a young sharp audience."