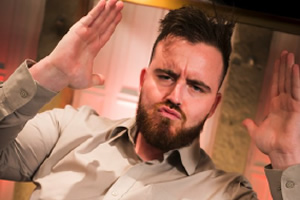 Alan is only interested in three things; life, liberty, and the pursuit of a good haircut. Despite his shallow exterior Alan is outgoing, ambitious, and aspirational. He only wants the best and if it means trampling over a few people along the way then so be it!

Caustically funny, engaging, and only occasionally slap-able he has to be seen (and checked in!) at the best bars and be wearing the most expensive clothing available at TK Maxx. Alan is a product of the Facebook generation who are fuelled by a pathological need to hone their online persona via social media sometimes to the detriment of their own wellbeing! 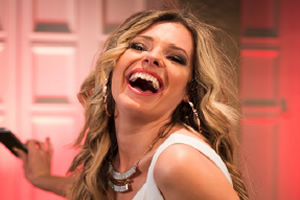 Michelle is one of Alan's best friends since school. Beautiful, vivacious, and shallow as they come she's been known to reduce hormonal teenage boys to gibbering wrecks whilst showing off some pole dancing moves at Bar 28.

She's been dating Gary for a while and they have become a tight group as they shimmy up the greasy pole of the Glasgow Good Life. 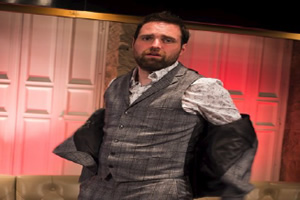 Gary is the boyfriend of Michelle and best friend of Alan. Handsome but stupid with it, he's got a very short fuse which more often than not is caused by an Alan caustic comment.

Even though Gary gets a lot of attention he wishes he was as quick and funny as Alan. He's tech savvy and a gadget freak.

Michelle is Gary's weakness, along with expensive clothes, his fake tan, and his shaped eyebrows. 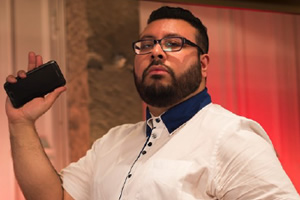 For this particular group, Nihal is the hammer that knocks the nail in. He's the problem solver, the go-to guy if there's an argument or rogue picture tagging issue that needs to be tidied up. He also works at Bar 28 the most exclusive party venue in town as their online strategy manager and has access to private rooms, VIP areas, and guest passes so he has multiple uses! 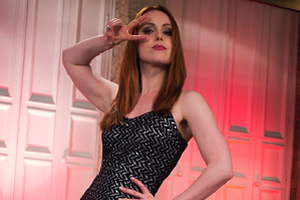 Michelle's best friend. A formidable double act. Just wait until she gets a couple of Sambucas down and her smartphone out!

She plays the dizzy redhead but behind the cookie exterior is one smart cookie. She's studying computer science and is feverishly checking out the latest online fad with Alan and Gary. A formidable online assassin, if you cross this lady she'll bring you down with an inappropriate picture tag and a poke in the eye! 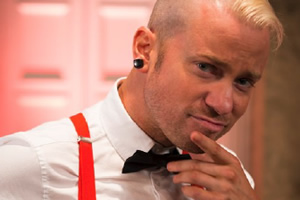 Alan's cousin, a faked tanned snake in the grass if you can picture such a beast. This lad leaves a trail of orange everywhere he goes!

Crafty and conniving, the others only put up with him because he's in Alan's family. He does however have a very popular Facebook page with 200k followers who watch his online vlogs telling everyone whilst topless that "they are beautiful", and to "dump that man who doesn't treat you right".