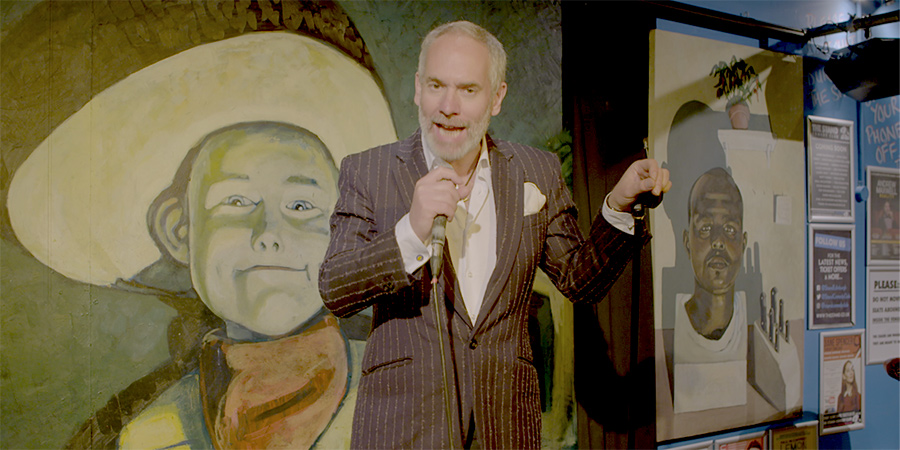 Father Of The Fringe

"It is not from the benevolence of the actor, the acrobat or the artist that we expect our entertainment, but from their regard to their own self-interest." - Adam Smith

This documentary film, featuring some of the Fringe's best-known comedians, including Jimmy Carr, Henning Wehn, Shazia Mirza, Arthur Smith and Al Murray, written and presented by stand-up and financial writer Dominic Frisby, tells the extraordinary story of the Edinburgh Fringe.

From its unlikely beginnings in 1947, when eight acts who'd been snubbed by the International Festival rocked up and did their shows anyway, until 2020, the year it was cancelled, the Fringe has been an incredible economic success story. How did it happen?

"It was the realisation of everything that the 18th century philosopher Adam Smith, another of Edinburgh's famous sons, argued for," says Frisby. "It has been so successful because there are so few restrictions on what is being performed, who is performing it and where."

The one-hour doc is based on a lecture Frisby, author of Daylight Robbery: How Tax Shaped Our Past And Will Change Our Future, and Bitcoin: The Future of Money?, gave at the 2019 festival at Panmure House, where Smith, often described as "the Father of Capitalism", lived and discussed ideas with other eminent Scottish Enlightenment figures.

The story of how the film came together might have impressed Smith himself. Director Alex Webster and Frisby went up to Edinburgh and shot the film in the year the Fringe was cancelled, believing that - in the context of a content shortage - "there might be an opportunity for outsiders who could produce quality work to break into TV."

However, the pair struggled for funding until a multi-millionaire video games entrepreneur, who had had a near-death experience with Covid, stumbled across some of Frisby's YouTube videos.

"He got in touch to thank me for the laughter and joy they had brought him while he was at death's door," says Frisby. "He said he would like to help me, so we said we had this film but we needed a bit of capital to get it over the line - to cover the cost of all the post-production, the music, archive footage etc - and the very next day the money was in my account.

"Moral of the story: if you put stuff out there, and it's decent enough, good things can happen."