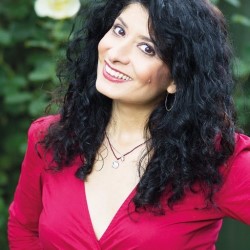 Award-winning stand-up, cultural icon, author and columnist, with countless TV and radio credits (including I'm A Celebrity...). Recent President of Humanists UK (2016-19), Labour supporter, non-driving mother of two, with an honorary doctorate from the University of Winchester where she previously graduated with a drama degree. Her 2016 novel ]Nina is Not OK was the follow-up to her 2009 debut memoir A Beginner's Guide to Acting English. Khorsandi and her family were forced to flee Iran in 1979, seeking asylum and settling in the UK.

Have something to say about this show? You will be able to give this show a star rating (and write a short review if you want) from the 10 August.