We've already talked to Alasdair Beckett-King about his amazing promo video for The Interdimensional ABK. Now, in this interview the flaming redhead and Leicester Mercury Comedian of the Year 2017, answers five questions about his show...

You show involves dimension-hopping, and a bad timeline. What are the top three terrible things in Timeline B, that you actually kind of love?

Here are my top three terrible things about the B Timeline (that I actually quite like): 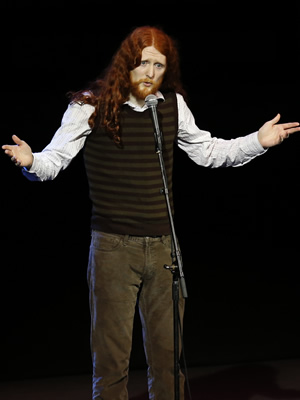 My parents live in a remote part of Argyll called Argyll. I live in London, so that means travelling north from King's Cross Station. King's Cross in late December is a magical place - like a processing centre for Northerners in exile. You're guaranteed to meet four Geordies, walking a fine line between joviality and alcoholism. If you're lucky, a Hebridean spinster will move her Airedale so you can sit down. In such fine company, even a five-hour delay at Grantham is infused with an air of festive cheer.

A film that makes The Room look like a masterclass in nuance. It has abysmal animation and an utterly incoherent plot. At one point, a pair of mice-lizards (AKA "mizzards") do a very boring tap-dance that lasts three excruciating minutes. Later in the film, they do the exact same dance again to pad out the running time. Near the end, there's a monster chase and, for no reason at all, they've dubbed on Marlon Brando quotes. So, a monster jumps out and yells, "Stella! I coulda been somebody!" Without moving its mouth. For no reason. It's glorious.

I'm regularly informed that Cher's 1971 hit is not the Great Work of Art I think it is. I can understand some of the criticisms. "Gypsy" and "tramp" are both slurs nowadays, but I'm pretty certain you can still have a go at thieves. They didn't even manage to spell "gypsies" correctly in the title. But I think it's bona fide great: an elliptical narrative, a haunting melody, Cher's massive hair. I think it should be the national anthem. 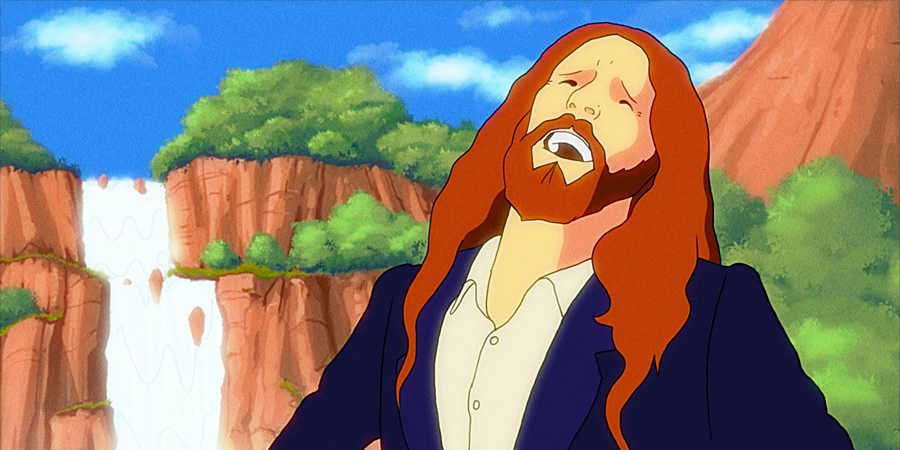 If you could import one thing from happy, sunny Timeline A what would it be?

In the A timeline, pubs are required to have their names on the premises: the Red Lion has to have a red lion, the Rose & Crown must have a rose and a crown. This is the rule I would import here to the B timeline. So, there could only be one Queen's head; blacksmiths would have to insure their arms against theft, and so forth. Eventually, all the animals would be taken, and all the tradesmen and aristocrats dismembered. Then pubs would have to name themselves after things they already have. You'd have The Wasteman's Arms, The Hole in The Toilet Wall, The Hope and Wanker. It'd be great. 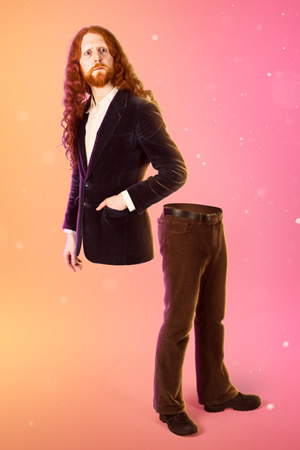 Which interdimensional superheroes inspire you?

I'm a huge fan of The Green Man, who came to our dimension as a powerful demi-god representing nature and fertility. Now he's just in charge of traffic crossings, locked in a timeless struggle against his nemesis The Red Man. You can help him by pressing the button every time you pass one of the crossings.

Your shows are known to get good and nerdy - what's the most niche reference in The Interdimensional ABK?

I reject the title "King of the Nerds" and accept only the humbler title "Lord Protectorate of the Nerds". There are no intentionally niche references in my show. Most of the material is about regular stuff like Winston Churchill's love of the band Queen, or why Hercule Poirot pretends he can't speak English. The only thing I've actually had to cut for being too niche was - quite surprisingly - a reference to Shaggy's 2000 single It Wasn't Me (feat. Rikrok).

Spoiler: it was, in fact, him.

And finally, what shampoo do you use, your hair is fabulous?

The truth is, I have no secret hair-care regimen. I just use normal, cheap shampoo and conditioner. But I've learned that this truth is unpalatable, so I've prepared a more interesting lie...

During my travels in lands of ancient mystery, I came upon this passage in a sacred grimoire: For Locks that shyne as yf oyl'd and haire that curles a comlee Syghte, take thee Een of Catte 'twixte Leafes of Oliue and Willow and presse thee the Mylke thereof.

And the secret is to never put that stuff on your hair.