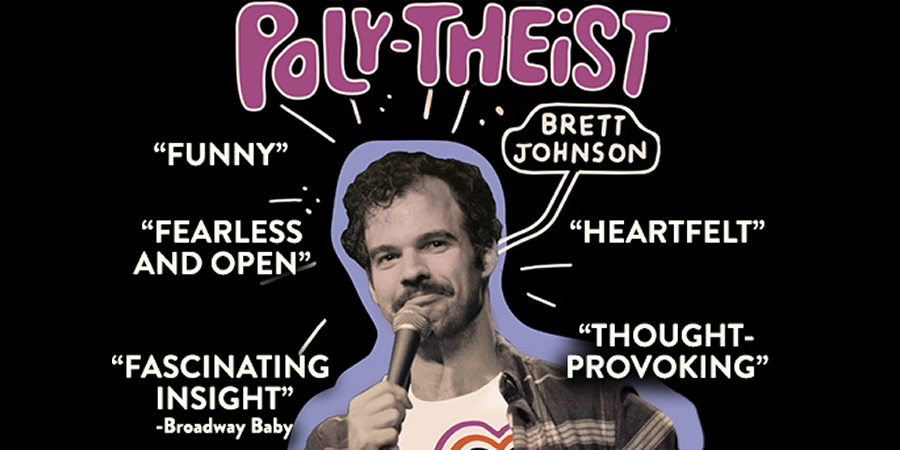 393: Just The Tonic at The Charteris Centre
Room: Just the Crypt

This show operates under the Pay What You Want (PWYW) model. To guarantee entry, buy a ticket in advance. Ticket-holders will be seated first. Any empty seats will then be filled from the free queue and audiences asked to leave a donation at the end.

Brett was a 21-year-old, married, monogamous American Evangelical. Then he became the opposite. After sell-out runs across the US, stand-up Brett Johnson's show about non-monogamy, God and KFC hits the Fringe. 'A unique poingnant story...with humor and deep sensitivity...a thought-provoking and ultimately inspiring tale' -PortFringe Reviews. 'Boundless charm...the definition of more-than-meets-the-eye' -PGH in the Round.

American stand-up Brett Johnson brings his hit show to the Edinburgh Fringe. At 21, he was a married, monogamous, evangelical. Then he became the opposite: no longer Christian, no longer monogamous and now ready to share his unique and hilarious experience with the world. Tracing this improbable journey from start to finish, Brett Johnson: Poly-Theist wields striking stories and unexpected observations on faith, (non)monogamy and Hawkeye from The Avengers. 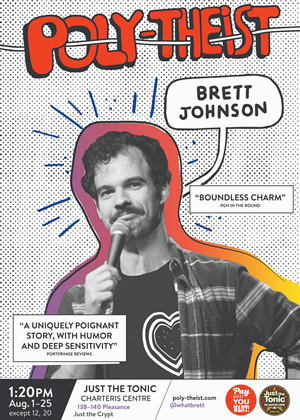 This show's timeliness reflects polyamory's growing status as a hot-button issue: 1 in 5 Americans have been in a CNM (consensually non-monogamous) relationship, with examples appearing in recent media features (Guardian, Metro) and shows like Broad City and Spike Lee's She's Gotta Have It.

Brett Johnson: Poly-Theist charts the ups and downs of Brett's unexpected dive into non-monogamy: snappy punchlines and honest anecdotes mingle, giving a first-hand voice to this misunderstood topic. Brett's talent for comedic storytelling has already seen this show become a hit across the USA: since its December premiere, Brett Johnson: Poly-Theist has seen sold-out shows and performances in over a dozen cities across the US, and Brett is excited to finally perform it at The Edinburgh Fringe.

Brett explains his passion to bring this story to the stage: "The best comedy is personal and honest. And funny. And what's clear is that we're overdue for a change in how we view relationships: not just to a different model, but to a place where those in it choose intentionally the relationship they want and need- and away from treating one model as default. Comedy's also, thankfully, famously effective at delivering new ideas in a palatable way - that's my hope for this show." 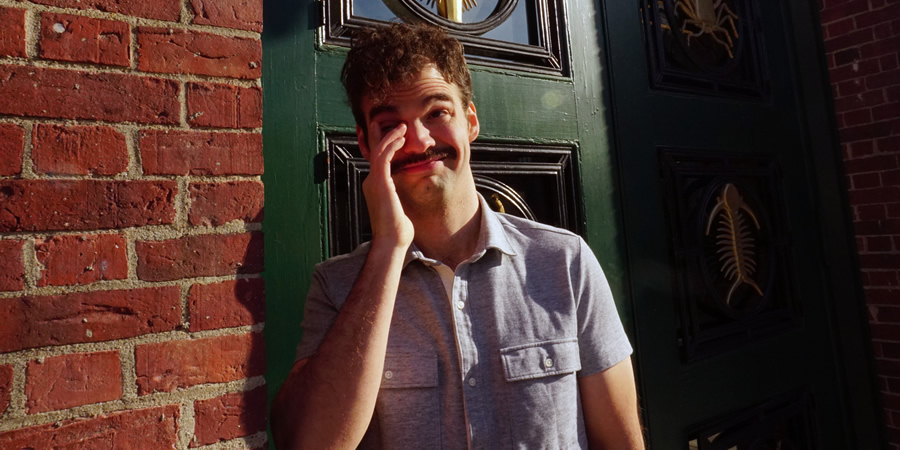 Brett Johnson is a Boston-based stand-up comic and actor who grew up between New York and Nairobi, Kenya. He and his show have been the subject of multiple press features, including in the nationally-distributed Boston Globe. Now 33, Brett has been performing stand-up across North America and the UK for over a decade and is co-creator of the award-winning comedy video team Brainfox. This marks his debut Fringe show. 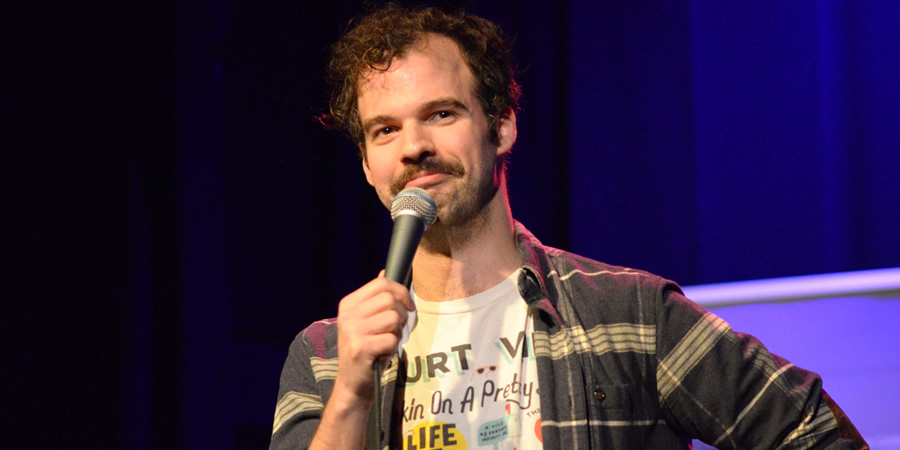 "Boundless charm... the definition of more-than-meets-the-eye" - PGH in the Round

"Charming, funny, so good. I'm begging him to let me help him write a screenplay version" - Derek Nicoletto, screenwriter

"Brett paints the room with his heart"

"Funny, thoughtful, vulnerable and an all round killer storyteller"

"Brett is fearless and open"

"A story not just about polyamorous relationships, but about norms, relationship dynamics, boundaries, love, letting go and finding oneself in the middle of it all."