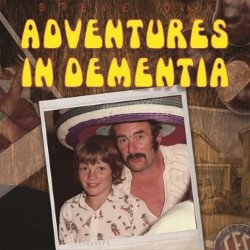 Steve's dad has Alzheimers. There's nothing he can do about it except remember the way he was. Steve has also been deaf since his teens but has new hearing aids so now he's gone through all the music of his youth. It reminds him of his dad. There's nothing else for it but to defy dementia, with music, songs and laughter. Laugh, cry, sing along if you want. If you like bittersweet comedy about deafness and memory loss then this is the show for you. Previous shows were rated ***** (Chortle.co.uk) and **** (Scotsman).