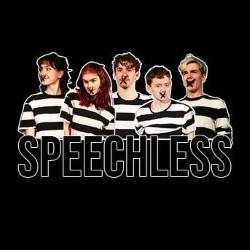 Sketch show performed on the following days in August 2018...

Experimental multimedia sketch show from Cambridge Footlights regulars for the fake news era. Set in a world where all comedic speech is banned, the performers start an illicit underground club where they must use physicality, projections, sound and the audience themselves to make you laugh. Coming to the Fringe fresh from runs in Cambridge, Durham and London, this highly original show has received criminally good reviews and is about the importance of communication, the dangers of censorship and the universal appeal of comedy. Relaxed performances on Wednesdays.