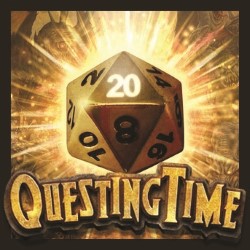 London's best comedy Dungeons & Dragons show is rolling into Edinburgh to ask the funniest people on the Fringe if they have what it takes to be heroes. Then, regardless of their answer, we make them play Dungeons & Dragons. A raucous hour of hilarious, high-stakes and stupid adventure; for gamers and non-gamers alike. Join your host Paul Foxcroft as he forces incredible comedians to play the world's greatest game.