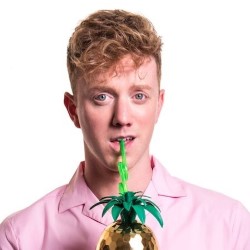 170: The Counting House
Room: The Attic

Dating in 2018 is a total disaster! MTV presenter, comedian and co-host of the UK's leading LGBTQ+ award-nominated podcast A Gay And A NonGay, and tragically single James Barr unleashes a hilarious attempt to finally meet The One - and it could be you! Join him on his wedding day as he dishes the dirt on his ridiculous romantic life, and dates the audience to find his way up the aisle. A super fun and funny 60-minute make-out session, where it's time to let the crazy out!