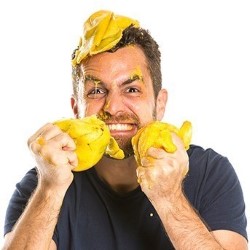 Third World meets First World when this award-winning Venezuelan makes his Edinburgh debut. After escaping Venezuela and immigrating to Australia, Ivan Aristeguieta became one of the hottest comics Down Under. Say 'hola' to your new favourite comedian! He's one happy immigrant squeezing all the privileges the First World can give him. The mango truly is 'juithier' on the other side. Winner: Best Newcomer - Sydney Comedy Festival 2016, Best Comedy - Adelaide Fringe 2017. 'Aristeguieta's performance is outstanding... My advice: run to buy a ticket, on the off chance that there are still any available' **** (ArtsHub.co.uk).