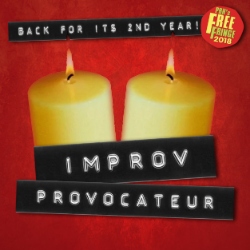 The illegitimate child of Improv and Stand up. Our players are put through various rounds of near the knuckle improvised comedy games, designed to test the bravest of performers. Four different players from across the festival each night compete to be crowned winner. The much sort after 'handsome certificate' for the winner. Humiliation for the loser. Hosted by Alex Leam.