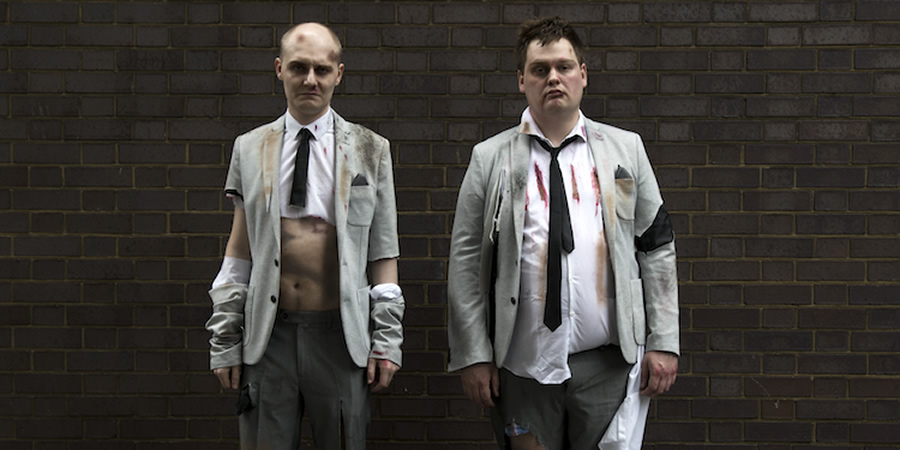 88: Just The Tonic at the Caves
Room: Just the Fancy Room

The award-winning sketch duo is back to bring their trademark high-energy nonsense to a variety of news topics. Expect shouting, quizzes, and maybe even a musical finale. But mind your manners. Winners of Best New Act at London Sketch Fest 2016. 'A slick operation with punchlines to match... Pitch perfect!' **** (MumbleComedy.net). 'Exceptional sketches... highly talented' **** (FringeBiscuit.co.uk). 'This comedy duo have oodles of talent up the yin-yang... clever, witty, and brilliantly acted' **** (LondonTheatre1.com). 'Wrapped with comic cleverness' **** (Young-Perspective.net). 'Spectacularly and compellingly funny' (List).

Imaginative, imbalanced and imbecilic sketch duo Dirty White Boys are proud to be back in Edinburgh for the 3rd year running with the premiere of their new show: another rapid-fire hour of vaudevillian nonsense (imagine Morecambe & Wise meets David Fincher). Expect quizzes, Shakespeare, sinister midnight phone calls, and (if you're lucky) even a bit of dancing. Come one, come all, but remember your Manners.

Dirty White Boys formed in late 2013, consisting of Rochdale-born (and current Birmingham resident) Jack Robertson, and Bedford-born (now London local) Chazz Redhead. They've toured all across the UK (including Brighton, Birmingham, Manchester, Wolverhampton, and Bedford) and have even made a guest appearance on the stage of the Novello Theatre.

"A slick operation with punchlines to match... Pitch perfect!" -