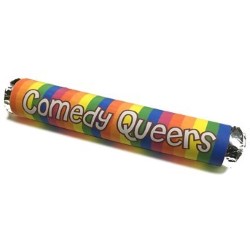 170: The Counting House
Room: The Loft

A raucous late night show offering a fabulous selection of the most outrageous queer performers from across the Fringe. If you've already seen one too many straight/cis comedians at the Fringe, come and spice things up with the queer comedy showcase. Our daily changing roster of comedians is one of the most diverse line-ups at the Fringe. Come along and join the party with the true kings, queens and non-binary royal titles of comedy. Hosted by Sian Davies: 'affable manner and sharp wit... an excellent MC' (Kerry Leigh, Laughing Cows).