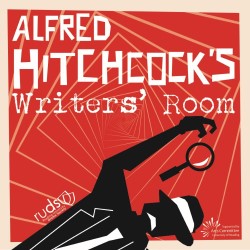 This original play revolves around a darkly comic Hitchcockian tale. Our story takes place in 1961, Mr Hitchcock has hired four young writers to script potential follow-ups to his big hit of 1960, Psycho. However, with the master of suspense, all is not as it seems. When sharing their stories, the writers reveal the recurring plot of a murdered woman - a real murdered woman. As prime suspects, a detective investigates the Writers' Room to find the culprit. Who is responsible for the crime? Come and watch this humorous pastiche of Hitchcock's work to find out.