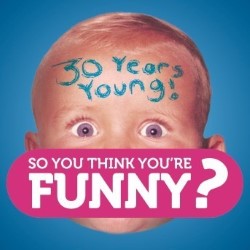 Stand-up show performed on the following days in August 2017...

Guess who's back for their 30th Birthday! 2017 marks the 30th anniversary of the UK's biggest and best comedy newcomer competition. After months of regional showcases, these guys are the funniest of the hundreds of applicants! Come see comedy newbies battle for a place in the Grand Final. Previous winners and contestants have included Dylan Moran, Lee Mack, David O'Doherty and Peter Kay! 'A strong track record of showcasing the stand-up stars of the future' (British Comedy Guide, Comedy.co.uk). 'Getting to the final was probably the most exciting moment of my life' (Rhod Gilbert).