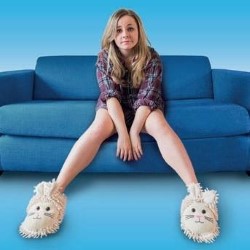 At the tender age of three, Sasha Ellen accidentally killed a kitten... And she hasn't stopped murdering since. A brutally honest stand-up show about mishaps, misunderstandings and general screw-ups. Sasha has had two sell-out Edinburgh shows, one of which transferred to the Soho Playhouse in New York. 'Genuinely fresh' **** (Scotsman). 'Cheeky humour... upfront and witty' **** (BroadwayBaby.com). **** (EdinburghGuide.com). Directed by Ria Lina, who's show was nominated for the Amused Moose Laughter Awards, and commissioned by Radio 4, this show contains one of Dave TV's Top 10 Jokes of the Festival.