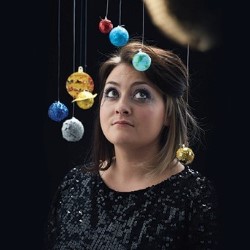 Chortle Award nominee Kiri thinks the world revolves around her, but she didn't let that stop her wishing to mentor vulnerable kids. Consequently, she's going to be extremely careful what she wishes for in future. An immoral comedian's morality tale about other people's lack of morals. 'Passionate, smart and yes, bloody funny. There's a raw depth of feeling here that you won't find in many shows' **** (Scotsman). 'Raucous and good-humoured without stinting on the protest' (Guardian). 'A storming hour' **** (Skinny). 'Never less than fascinating... an hour that's as funny as it is purposeful' (Chortle.co.uk).

One of the best MCs on the circuit brings an accomplished hour which focuses on her volunteer work, all the while tackling issues that face her generation. It's a well written, self-aware and thought-provoking show that is certainly worth your time.