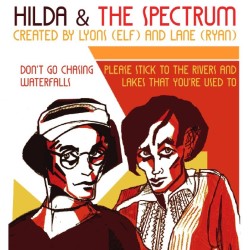 Weird comedy soul mates* Elf and Ryan perform their debut show. Part clown show, part autobiography, it's an absurd, camp comedy about ping-pong, the DDR and Angela Lansbury. Expect improvisation, time travel**, niche film references and lemons. Graduates of Ecole Gaulier. Imagine The X-Men on a budget (this is because one of the characters has telekinesis and we have had to do a lot of mime for the effects we can't afford). It's going to be brilliant. And weird. Love E and R. *Ryan really didn't want Elf to write soul mates. **Budget allowing.