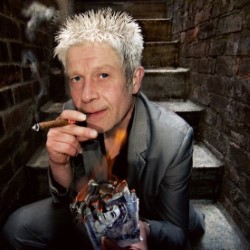 Vladimir McTavish turned 60 in 2016. For many, this is a time in life for sober reflection or for ticking off items from the bucket list. Instead, McTavish decided to take advantage of his free bus pass to embark on a three month tour of cities and small towns of Scotland, in search of the quirks that make up our nation's psyche. A hilarious hour-long account of that trek from Gretna to Thurso and beyond in a quest to find the essential Scotland. 'One of the finest acts on the Scottish comedy circuit' (Guardian).