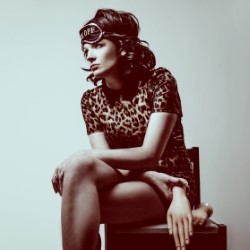 Beth Vyse's sassy, leopard print clad alter ego: Olive Hands (Britain's number 2 in the morning!), daytime TV wannabe resurrects her career on a cruise ship. After a terrible stint performing on land she takes to the seas, when she begins to sink. What depths will she go to to save her show? 'Hands down the funniest thing I've seen at the fringe' ***** (BroadwayBaby.com). 'This show has cult written all over it, a formidable comic actress' **** (Chortle.co.uk). **** (Skinny). **** (Stage). **** (Three Weeks). Dresscode: Leopard Print.