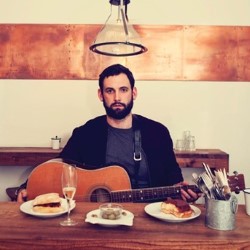 Luke Courtier presents Lunch, a high-octane series of musical comedy vignettes asking that vital question: well what is it that really happens at Lunch, narratively speaking? From the fashionable perils of adequate dog size, to an ill fortune horrific death in Knightsbridge, the woes of the largely forgotten Thomas Duke of Clarence and the doomed travails of a goose called David and a duck called Susan. This is a veritable treasure chest of song, mirth, searing relevance and that distinct fleeting victory one feels after satisfyingly grasping the very last Saucisson-Sec from the charcuterie aisle of the Fulham Waitrose.