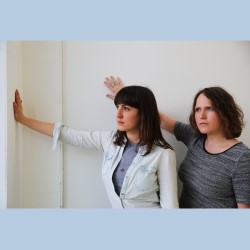 Put your out of office on, divert all calls to your PA Karen and come along to a character comedy show from duo Lola and Jo. Highly strung sketches of the mundane and surreal, chaotically and confusingly set on a staff away day. And if you'd rather not think about work, don't worry, this is just an excuse to put a bunch of odd characters in one room. 'Hilarious' **** (List). 'Irrepressible energy' (Scotsman).