Below are the shortlists for the Edinburgh Comedy Awards 2016. Click on any title to be taken to the listing and see all the reviews they've got so far.

The winners will be announced at a lunchtime ceremony on Saturday (27th August). The prize money - sponsored by LastMinute.com - is £10,000 for Best Show, with £5,000 each for the Best Newcomer and the Panel Prize winner.

Notably, today's announcement confirms that James Acaster has received his 5th awards nomination in a row. 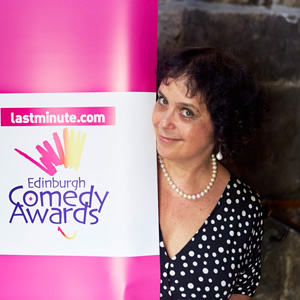 Nica Burns, director of the lastminute.com Edinburgh Comedy Awards, says: "Two great nomination lists! 2016 reflects the breadth and quality of comedy at the Edinburgh Fringe with eight nominations for Best Comedy Show for the second year running. Four outstanding stand-ups, a female comic performing in character as Dave, a novel-writing puppet, a wonderful story teller and a comic who is as moving as he is funny. An international list with four UK artists, three Australians and a Dubliner.

"The six nominees for the Newcomer award are equally international with an Australian and an American, and the vibrancy of the Scottish stand up scene is reflected in the nomination of Glaswegian Scott Gibson and the Best Show nominee, Richard Gadd.

"Our hard-working judging team made over 1400 visits to shows. Congratulations to all the comics at the festival for a brilliant year of comedy."

The below videos features footage from the judging room, and Alice Jones announcing the shortlists: