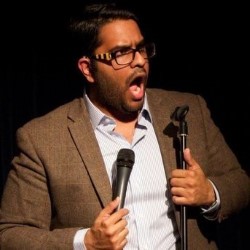 2016 Piccadilly Comedian of the Year and rising star, Eshaan Akbar, invites some of today's (and tomorrow's) biggest names to share the stage, including star of the BBC, Sindhu Vee and many more!