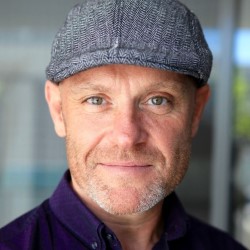 Raided at dawn, arrested for terrorism and a possible 13 years in prison: I've had better mornings! MI5, surveillance, democracy, class and them... a mix of stand-up and spoken word. 'There must be a school of comedy in the British Isles... if such a school exists Eddy Brimson would have been top of the class' (Sun-Herald). 'Brimson manipulates the mixture of laughs and pseudo shock masterfully' (Chortle.co.uk).