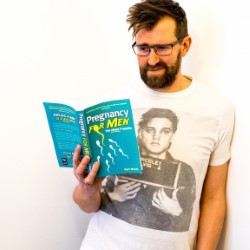 Guitar-slinging comedian Andy Stedman is going to be a dad for the first time. He has nine months to grow up and be ready to help raise this poor innocent child! Mixing comedy songs, jokes and storytelling, Stedders - as even his dad calls him - covers his own mishaps as a youngster, his relationship with his family, and with the poor woman who is his fiancée and the mother-to-be of his kid. What kind of dad will he be? Expect a mix of cheekiness, audience interaction and maybe even the occasional touching moment.