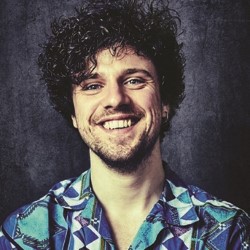 Critically acclaimed Brown, known for being satirical, grotesque and f*cked, returns to the Fringe. He'll be exploring alcohol, the Middle East and something hideous about our socialised collective sexual repression. 'The future of British stand-up' ***** (List). 'Thrilling... extremely funny... a distinctive dissenting voice' **** (Evening Standard). 'All the potential to be one of this country's best comics: perceptive, provocative, political, and playful. And, most of all, damn funny' **** (Chortle.co.uk). 'One of the most exciting comedians around' **** (BeyondTheJoke.co.uk).