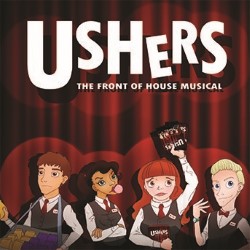 Set in a West End theatre, the acclaimed hit new musical comes to Edinburgh! Following the lives of the stagiest people in theatre - the Front of House staff - and portraying the hilarious, ridiculous and frequently moving stories of ice cream sellers who dare to dream... A preview performance of a new jukebox musical, a three-year workplace romance on the rocks, an untrained newbie on her first shift and an amorous manager under pressure to cut costs. What could possibly go wrong? ***** (OfficialTheatre.com). ***** (GayTimes.co.uk). ***** (LondonTheatre.co.uk).