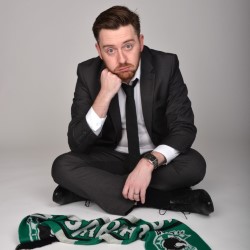 Following a sell-out Edinburgh Fringe run in 2013, and a successful first UK tour, Tony Jameson gives his critically acclaimed show Football Manager Ruined My Life a bit of an end of season update for 2015. Have you ever got so lost in the game you can't separate fact from fiction? If so, come and join one of the UK's hottest talents for an hour of silly stories and references to players you may/may not remember. 'Terrific ... wonderful ... life affirming stuff' (Skinny). 'Painfully funny' (List).