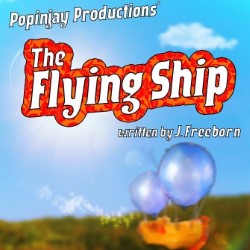 A long time ago, somewhere in Russia, a decree was issued from the palace: 'The hand of the Tsar's daughter to the first man to bring his Royal Highness a flying ship.' Peter's a poor boy who chops wood for a living. When his foolish brothers see their chance for fame and fortune they take to the road. With his imagination and adventurous spirit it's not long before Peter embarks upon his own epic quest. This hilarious folk tale is Popinjay's Edinburgh debut and comes to life with live music, puppetry and a great cast!