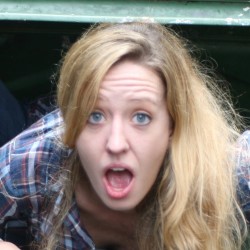 Suzanne Lea Shepherd is from Kansas, but that doesn't mean she would pick the same side as Dorothy because who wants to hang around with a tin man when the alternative is a witch with flying monkeys? A light-hearted show from an American girl with a dark streak running through her. Suzanne has appeared on Comedy Central, performed at venues across Asia, America and the UK and is currently a featured comic on Comedy Central Asia 2015.