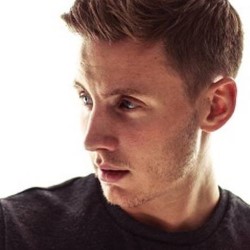 The debut Fringe show from one of Ireland's fastest rising comedians. Last year Shane Todd nearly died while at the Fringe. This show is about that, and some other things. 'Notions of Alan Partridge and Larry David crowd in. But the scale and the delivery are all Todd's own, and he delivers it perfectly. Looks as if he could go on all night, barely breaking a sweat' (CultureNorthernIreland.org).