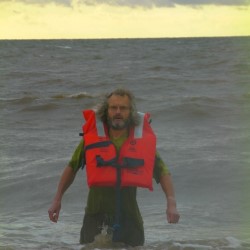 Rob Coleman doesn't know his aft from his ebb tide, but despite two failed attempts has an unquenchable desire to cross the Atlantic in a rowing boat. What has he learned? Why does he have this obsession? What went wrong? Is he mentally strong enough? What's it like being in a small boat, thousands of miles from land, with one other human being? And just what is the correct term for the pointy bit in a boat? Join him on a personal, poignant and frankly ill-advised journey. A mostly true story, with some jokes.