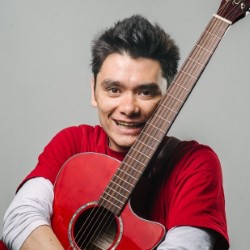 Throughout his comedy career, Rik Carranza has frequently been described as charming. The question though, is Rik charming in a good way, like Will Smith, or charming in a bad way, like not Will Smith? Using everything at his disposal, from songs to drawing, games and jokes, and with help from the Charmometer 3000, Rik invites the audience to help him discover how charming he really is. 'There is little doubt that this smartly timed, comedically intimate exercise in surrealism will be the next hit' (Darrow.org.uk).