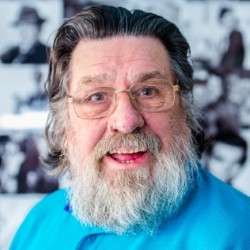 Hear from the horse's mouth how Ricky and his building work mates were stitched up by the establishment, charged with conspiracy and sentenced to three years imprisonment, and then how he got into the acting game. The trial in 1973 lasted 55 days and in today's money cost around £10 million. Why won't the government release the papers after 42 years? Why does Kenneth Clarke MP not want the files reviewed until 2021? What was McAlpine's part in bringing the charges? Come and hear the truth in a no holds barred conversation with Ricky Tomlinson.