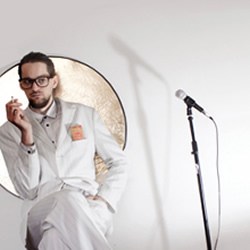 Stand-up / Musical Comedy / Clowning / Story Telling. This is a showcase of emerging alternative comedians. Hosted by Peter Bazely - Joint 3rd Musical Comedy Awards 2015. 'Bazely had a hint of Joe Wilkinson about him...' - Bruce Dessau. After experiencing this show you'll feel emotions. What emotions? lets find out together.