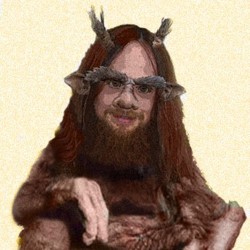 Squirrel, Panther, Bobs, Pussy and the Lamb were five young men wishing they'd never have to grow up. Reunited for one last quest before they're old, they happen across the Psammead, a sullen and somnolent sand-fairy, sleeping off the hangover of a television career cut tragically short in the early 90s. Join us in the sand pit of your madly, yearning, wild imaginations for this comedy about the folly of men's wishes and the terrible realities of childhood nostalgia. Be careful what you wish for, you might just get it!