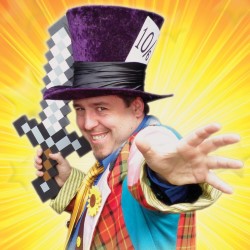 Returning to the Edinburgh Fringe after a sold-out season in 2014. Direct from Australia, Game On examines the gaming world and one man's struggle after being sucked into Game Land. This is laugh so hard snot comes out stuff. ***** (Adelaide Advertiser). ****1/2 (Herald Sun).